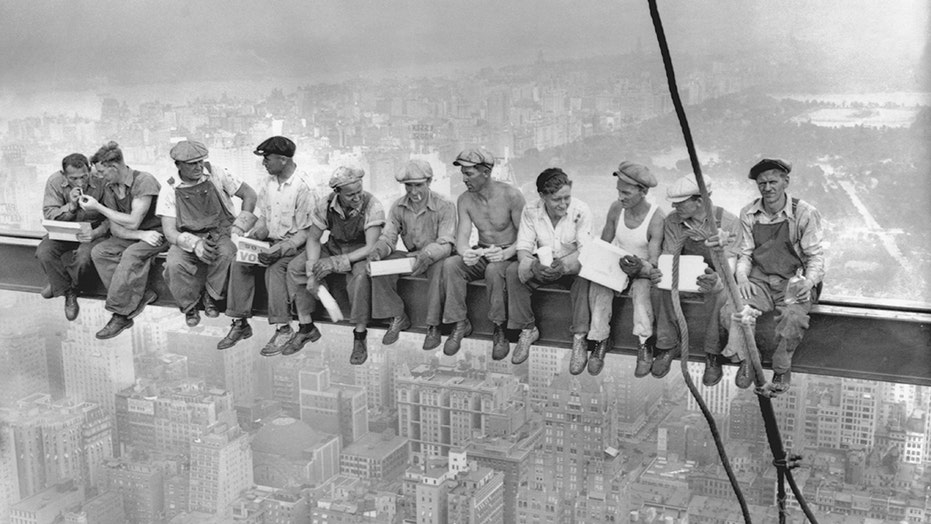 Keanu Reeves has traveled back in time – or so it seems.

The famous actor has appeared in a Ukrainian history textbook after a doctored version of the iconic 1932 image “Lunch Atop a Skyscraper” was inserted into its pages, according to the Kyiv Post.

This 1932 photo shows intrepid steelworkers atop the 70 story RCA building in Rockefeller Center having lunch.

The altered version plays up the “Sad Keanu” meme, which began in 2010 after Reeves was photographed eating a sandwich by himself on a park bench.

People have since inserted Reeves and his sandwich into photos from world history --- and now the textbook’s author and publisher are debating whether his inclusion into a chapter on U.S. history was intentional.

“When the designer who worked with me on the book’s illustrations showed me that photo with Keanu Reeves, I didn’t notice that small detail at first,” Ihor Shchupak, a history professor who authored the textbook, reportedly wrote on Facebook. “But when I understood the meme, I decided to keep it.”

FILE - In this May 9, 2019 file photo, actor Keanu Reeves attends the world premiere of "John Wick: Chapter 3 - Parabellum" at One Hanson in New York. (Photo by Evan Agostini/Invision/AP, File)

Shchupak, the Kyiv Post says, claimed he wanted the doctored image in there to see how close students would pay attention to the textbook.

The book's publisher, however, told the newspaper that the image showing Reeves as the 12th man enjoying lunch on the beam was a design mistake.