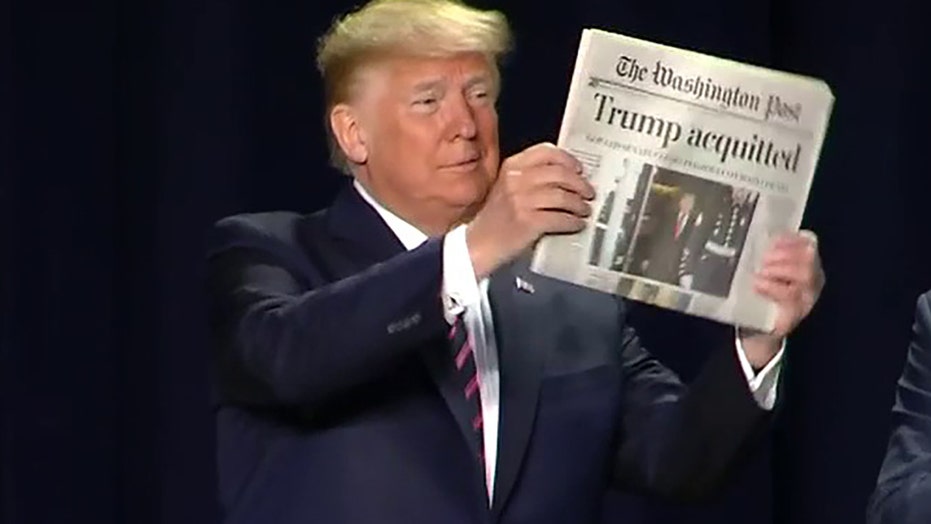 公式规律一肖中特 www.rskbr.tw President Trump holds up newspapers with the headline ‘ACQUITTED’ ahead of his remarks at the National Prayer Breakfast in Washington, D.C.

For 68 years the National Prayer Breakfast has been a political oasis, a chance for Republicans, Democrats, national and world leaders to assemble and pray for each other and the nation.

One could tell where things were headed when President Trump arrived later than most other presidents and held up two newspapers with the headline “Acquitted,” a reference to the vote by the GOP majority in the Senate the day before, which refused to convict him of articles of impeachment written by the Democratic majority in the House.

The president then shook hands with only half of those at the head table, apparently because House Speaker Nancy Pelosi was sitting on the other side of the podium. It was Trump who refused to shake Pelosi’s hand at the State of the Union address last Monday night and it was Pelosi who tore up her copy of his speech for all to see.

The co-chairs of the 2020 breakfast, Rep. John Moolenaar (R-Mich.) and Rep. Thomas Suozzi (D-N.Y.) spoke of their deep personal relationship and their ability to bridge differences because of it. 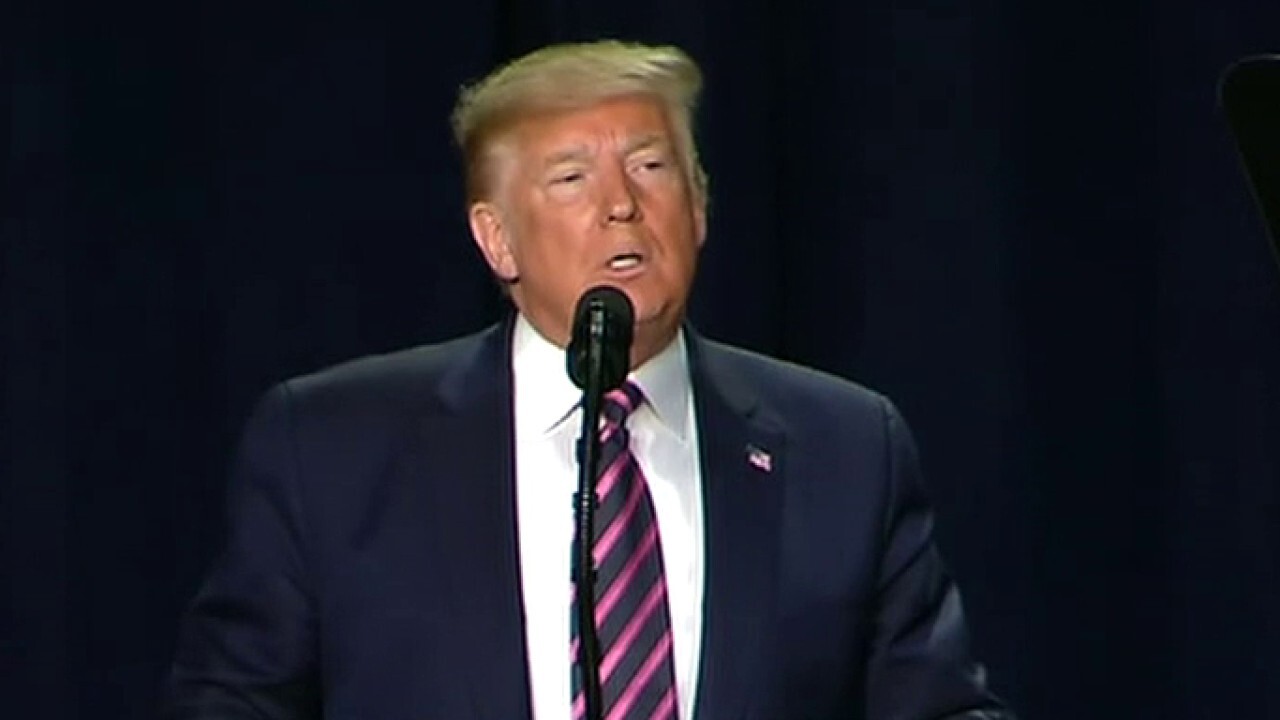 Arthur Brooks, the former head of the American Enterprise Institute, a Washington, D.C.-based think tank that researches government, politics, economics, and social welfare, and also a Harvard professor and columnist for The Washington Post, spoke of reconciliation and loving one’s enemies.

When it was President Trump’s turn to speak, he said. “Arthur, I don’t know if I agree with you” and then went on a tear proving he didn’t. He criticized those who claim to pray for him and misuse their faith for political ends. He implied that “those in this room” (more than 3,000 attended) all support him and those who don’t are not genuine Christians.

Here’s the thing about reconciliation. It has a power that is the antithesis of political power, which in reality is no power at all. If the person who believes he, or she, has been wronged by another reaches out and offers forgiveness, it can have the effect of disarming the other person and lowering the political and personal temperature.

Since Jesus is at the center of this annual event, the president should consider what He said on the subject of loving one’s enemies: “You have heard that it was said, ‘Love your neighbor and hate your enemy.’ But I tell you, love your enemies and pray for those who persecute you, that you may be children of your Father in heaven. He causes his sun to rise on the evil and the good and sends rain on the righteous and the unrighteous. If you love those who love you, what reward will you get? Are not even the tax collectors doing that? And if you greet only your own people, what are you doing more than others? (Matthew 5:43-48).

Lest someone think this is only a Christian ideal, consider Proverbs 25:21-22: “If your enemy is hungry, give him food to eat; And if he is thirsty, give him water to drink; For you will heap burning coals on his head. And the Lord will reward you.”

In his remarks, Brooks said if people can’t sincerely practice forgiveness and reconciliation, they should “fake it.” His point was that reconciliation has a power all its own, even if one initially is not sincere about it.

Perhaps it is time to suspend this annual event or to hold it without this president attending if he can’t accept the nonpartisan theme that has been its tradition for nearly seven decades. He clearly missed a grand opportunity. It would have cost him nothing to shake Speaker Pelosi’s hand and in doing so he might have heaped coals of fire upon her head if she did not respond in kind.

Cal Thomas is America's most widely syndicated op-ed columnist in the U.S.?He is the author of?“America’s Expiration Date: The Fall of Empires, Superpowers and the United States,” to be published Jan. 21, 2020.?Readers may email Cal Thomas at [email protected]