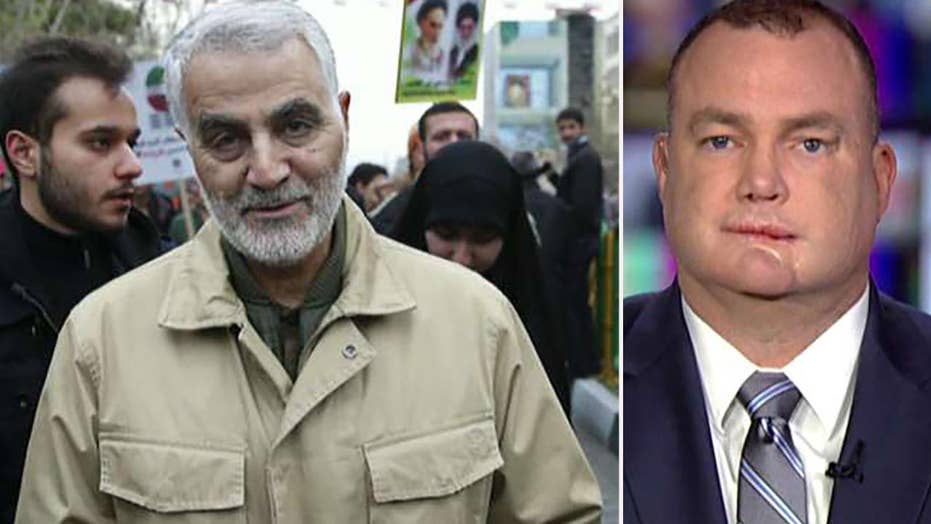 公式规律一肖中特 www.rskbr.tw Sgt. Robert Bartlett says it was 'about time' that Gen. Soleimani was taken out.

It was "about time" that Iranian General Qassem Soleimani was taken out by the United States, Purple Heart recipient Sgt. Robert Bartlett said Thursday.

Appearing on "Fox & Friends" with host Brian Kilmeade, Bartlett said that he was glad that the United States "finally has policies that took him out."

"He has been spreading terrorism across the world for years," said Bartlett. "You could see spray-painted on the outside of our embassy: 'Soleimani is our leader.' I mean, he [was] just reigning terror so Iran could actually take over Iraq at some point."

While serving in the Army in 2005, Bartlett was hit by an explosively formed penetrator (EFP), a type of roadside bomb used by Iranian-backed Shiite militias that were directed by Soleimani. The explosive left him severely injured and blind in one eye.

The Pentagon said in 2015 that the Iran-made explosive devices were blamed for the deaths of 196 American soldiers, with more than 800 wounded. To Bartlett, Soleimani was an enemy of the United States who needed to be eliminated.

"Why is it in the conversation...not to protect those that are protecting us?" he asked. "It's as simple as that. Kill our enemies. It's not a hard strategy."

Bartlett was grateful to Trump for "finally protecting us" and making the decision to take out Soleimani.

"Thank you, President Trump," said Bartlett. "Thank you for your new policies. Thank you, generals, for finally taking the war to those who have been at war with us for 30, 40 years. I appreciate it."

Julia Musto is a reporter for www.rskbr.tw
ADVERTISEMENT