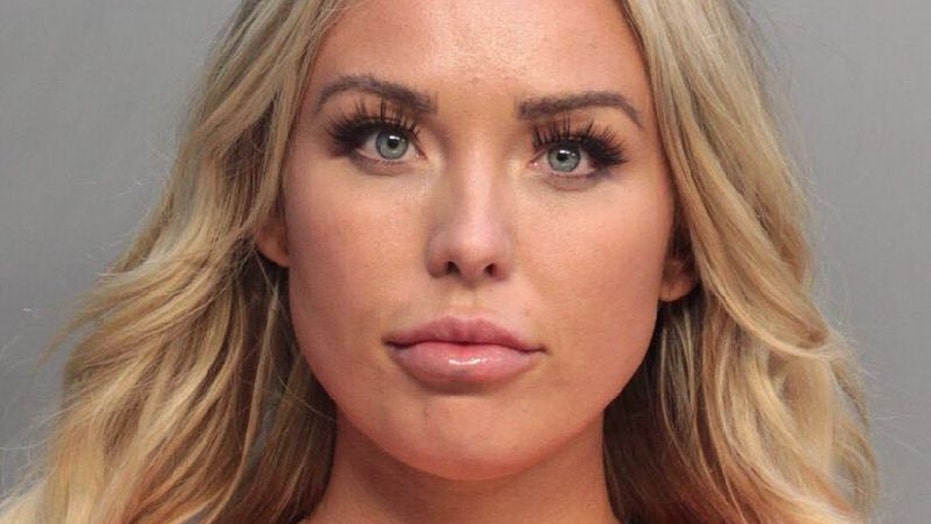 The Instagram model who jumped onto the football field – and flashed her undies – during Sunday’s Super Bowl is speaking out after she was tackled by security and eventually arrested for the stunt.

Kelly Green, 27, was bruised by security and is still in pain from her injuries, she told TMZ on Wednesday.

INSTAGRAM MODEL, IDENTIFIED AS WOMAN WHO ATTEMPTED TO STREAK THE SUPER BOWL

Green, who is 5 foot, 2 inches, said she had to hop over a 10-foot wall before landing on the field. (Photo: Dade County Jail)

“I had so much adrenaline going that I don’t even remember being tackled. My thoughts were just ‘Damn they got me,’” Kelly recalled. “It did hurt and I have bruises from everything afterward.”

Green, who is 5 foot, 2 inches, said she had to hop over a 10-foot wall before landing on the field.

Video shared on Twitter moments after Green was tackled shows at least six security guards pinning her to the ground. When she’s hoisted to her feet, Green is seen pulling up her black dress and flashing her hot pink thong.

The Instagram model, who has over 350,000 followers, showed TMZ black bruising on her arms from the scuffle.

Green said what she didn’t expect from the stunt was that she would be detained and questioned by the FBI and the Department of Homeland Security.

“I’m like, Is this even real?” she said. “You hear about the FBI but you never think that the FBI is going to be interrogating you and they’re just reeling me with questions, [saying] if you cooperate maybe you won’t go to jail, because at first, I wasn’t talking to them at all.”

Green said she was placed in a holding cell located at the bottom of the stadium with four other women for eight hours. Her dress was ripped from the encounter with security, she said, leaving her exposed in just her bathing suit.

“I was in a bathing suit in this holding cell sitting on the concrete floor. For eight hours they held me there. I was not processed. I wasn’t arrested. I was just detained,” Green said.

“I was like can I please have a jacket? I’m freezing. I need medical assistance. I’m literally going to faint [because] I’m so cold.

Green said she was eventually transferred to the Dade County jail where she was processed and booked for trespassing. She faces up to a year in jail if convicted.