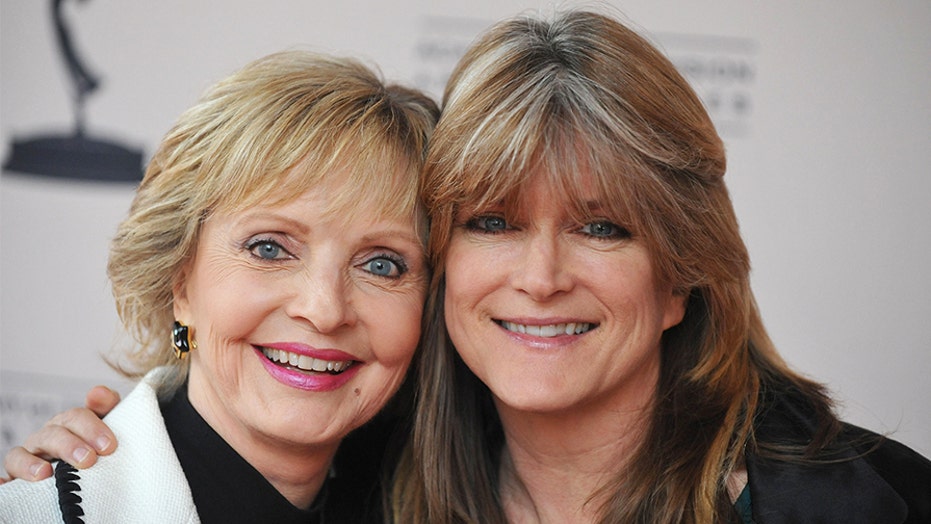 Susan Olsen still has vivid memories of “a lovely lady” who happened to be her TV mom.

Florence Henderson, who is famously known as perky matriarch Carol Brady in the ‘70s sitcom “The Brady Bunch,” passed away in November 2016 from heart failure at age 82. Feb. 14 — Valentine’s Day — would have been her birthday.

“Florence was the ultimate team player,” Olsen, who played the youngest daughter Cindy Brady, told Fox News. “She not only got along well with cast members but everyone on the set — electricians, makeup, everyone was a respected team member and one of her goals was to get everyone home to their families as soon as possible.”

“That said, if time allowed, she enjoyed creating deliberate bloopers,” the 58-year-old continued. “She would purposefully screw up a scene to get everyone laughing. Florence was all about putting smiles on peoples’ faces! When Joe Namath was our guest star, we were filming the scene where he says goodbye to the Brady family. In one take, Florence threw her arms around him and shouted, ‘Joe please take me away! I’m so sick of these kids!’ Joe didn’t miss a beat, he picked her up and carried her off-screen.”

‘I DREAM OF JEANNIE’ STAR BARBARA EDEN SHARES THE SECRET BEHIND HER 29-YEAR MARRIAGE: ‘IT’S NOT EASY’

Henderson was making a film in Norway in 1969 when she was asked to appear in the pilot episode of “The Brady Bunch,” the New York Times reported. The actress began her career as a stage musical performer in the 1950s. She was also a frequent guest on “The Tonight Show” and, in 1966, became one of the first women to be the show’s guest host.

“The Brady Bunch” ran from 1969 until 1974, but also spawned TV films, reunion specials, spinoffs and even two feature films, the outlet noted.

Olsen, a former child star, said Henderson was eager to share plenty of motherly advice when the pair weren’t filming.

“[She would tell me to] know your face, know how to do your own makeup,” Olsen explained. “Florence still arrived in the mornings for touch-ups but her point was to never be dependent on the makeup person. I think she may have learned this lesson herself on the day of her screen test for ‘The Brady Bunch.’ She arrived clean-faced and they had a makeup artist from the set of ‘Star Trek’ make her up. He made her look like some galactic siren, not what was suitable for Carol Brady.”

“In the early ‘90s when we were making the smash flop ‘The Bradys,’ we were all in Florida doing a talk show to promote it,” reflected Olsen. “It was outside and it was raining. The makeup people were stuck in traffic. Florence came to me and said, ‘Aren’t you glad you’re camera-ready? You never know what’s going to happen.’ Florence and I were the only ones made up and ready to go. We didn’t need to wait for the makeup people who were stuck in traffic.”

‘THE SINNER’ STAR BILL PULLMAN REFLECTS ON HIS FRIENDSHIP WITH JOHN CANDY: ‘HE TOOK ME UNDER HIS WING’

Long after “The Brady Bunch” came to an end, Henderson kept busy pursuing her passion for performance. In 2010, she appeared on “Dancing With the Stars,” but was eliminated in the televised competition after performing a tango to the “Brady Bunch” theme. Shortly before her death, Henderson was spotted in the show’s studio audience to support Maureen McCormick, who played her daughter Marcia Brady in “The Brady Bunch.”

Olsen said it’s easy to understand why Henderson is still such a beloved TV mom.

“I’ve always said that people are more psychic than given credit for,” she said. “Our audience saw that Florence’s love was genuine. All of the love between the cast members was genuine and people were drawn to that.”

Today, Olsen hopes audiences will remember Henderson for the way she made them feel, as well as how “their spirits [were] lifted and their faces smiling from her art.”

“That’s what she wanted to give,” Olsen added.

Back in 2016, shortly before her death, Henderson told Fox News she was grateful to stay in touch with her “Brady” family.

Henderson also said she was “very proud” to be recognized as one of America’s favorite TV moms.

“I’m the youngest of 10 children,” she said. “And yet, I always feel like the mother of my siblings. That’s just the way it is. I have four children. I have five grandchildren. And, I don’t know, it’s like I’ve always been a caregiver.”

Henderson married Broadway casting director Ira Bernstein in 1956 but divorced in 1985, the New York Times noted. She married Dr. John Happas in 1987 and that union lasted until his death in 2002.

When Henderson was asked in 1999 by the Archive of American Television on how she wanted to be remembered, she responded: “Probably as someone who survived for a long time in a very tough business and, hopefully, managed to retain a sense of humanity.”