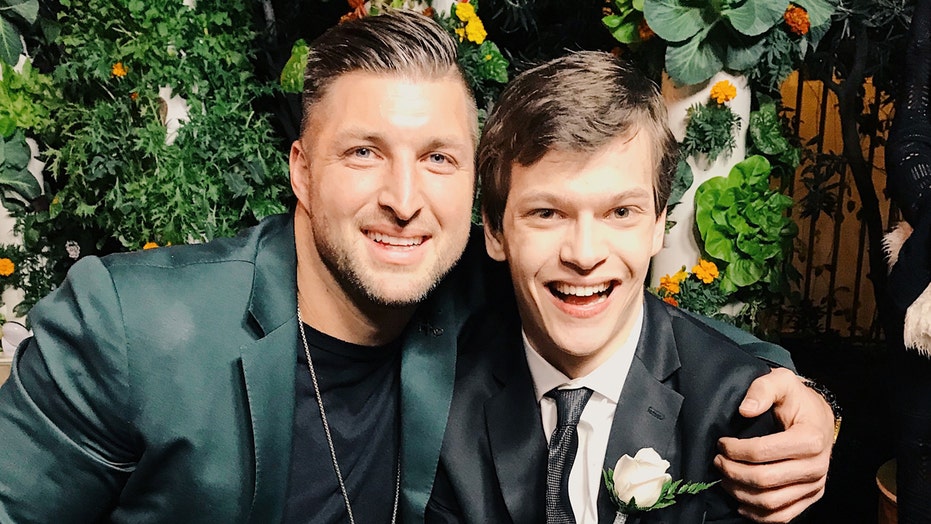 Micah Fowler, who portrayed JJ DiMeo on ABC's series "Speechless," has been on the red carpet in Hollywood many times, but he says there's something "unique and special" about the one at the "Night to Shine."

The 21-year-old actor told Fox News Friday's big prom night hosted by Tim Tebow and his foundation around the world "means so much to me and means so much to the disabled community."

For three seasons, Fowler portrayed a character who also has cerebral palsy, but unlike Fowler, JJ can't speak, and he gained a lot of popularity acting with a disability on a primetime show, a rarity in most sitcoms. On Friday, however, Fowler was just one of 110,000 honored guests crowned king and queen of the prom.

"The way the volunteers celebrate you and cheer you on when you roll, walk or crawl down the red carpet is really something special," he said. "It feels like home and safe, like the rest of the world should be. Our differences should be celebrated and this is one night that I know for sure I and my disability will be cherished and celebrated for exactly who I am and who I was made to be."

Fowler's favorite parts are meeting everyone, taking pictures and dancing the night away on the dance floor — which he adds, "There are very few dance floors like the one at Night to Shine, none compare!"

Last year at Zoe Church in Los Angeles, he got to meet Tebow, who started Night to Shine six years ago to show the love of God and demonstrate to each person with special needs that they have value, honor and significance.

"Tim Tebow’s endless compassion and love for people inspires me. He does so much for people with special needs and I am so grateful. After meeting him last year, I am sure Tim is one of the greatest human beings that ever lived and absolutely one of my heroes."

Micah's older sister, Kelsey, who is also an actress in film and on Broadway, said her brother has had so many incredible opportunities through acting that brought the biggest smile to his face — the same smile she sees every year at the Night to Shine.

Siblings Micah and Kelsey Fowler during the Night to Shine crowning at Bayside Chapel on Feb. 7, 2020 in Barnegat Township, New Jersey. (Ken Hudak)

"What’s equally as amazing is watching kids and adults with disabilities light up in the same way when they meet Micah at Night to Shine," Kelsey said. "The light he’s been given is incredibly unique and I’m so proud of the way he uses it — to bring joy, love and hope to others."

"We still receive messages and stories of how his portrayal of JJ has challenged views and changed the lives of those with and without disabilities around the world for the better," she added. "The impact he’s had is immeasurable and he’s only just getting started."

With more than 720 churches and 34 countries celebrating this year, Tebow said the Night to Shine global celebration is a "dream come true."

"You are not just a king or a queen tonight," Tebow shared with the honored guests Friday. "You are a king or queen every single day of your life because that is how God sees you,”

Caleb Parke is an associate editor for www.rskbr.tw. You can follow him on Twitter?@calebparke